In the Middle Ages, pilgrimage gained increasing importance. The holy places of Christianity were Jerusalem, Rome and Santiago de Compostela.

The Romea Strata was one of the most important pilgrimage routes in Europe. Medieval pilgrims from Central and Eastern Europe: Austria, Poland, Hungary, Croatia, the Czech Republic, Estonia, Lithuania, Latvia, and the Balkans walked along this road and reached Rome and the ports in the south of Italy, where they embarked for Jerusalem. 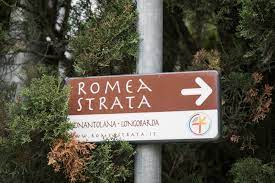 The Romea Strata is a journey of more than 1,300 kilometres. It consists of many different routes and crosses five Italian regions: Trentino Alto Adige, Friuli Venezia Giulia, Veneto, Emilia Romagna and Tuscany. Tuscany, which stages the final 108 km of the route, is part of the section called the Romea Nonantolana-Longobarda. 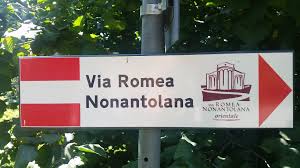 This section starts in Emilia-Romagna, crosses the Apennines and enters Tuscany at Capanno Tassoni refuge, continues towards Cutigliano, San Marcello Pistoiese and Pistoia, and passes through San Baronto, Montalbano, Anchiano, Vinci, and Cerreto Guidi. The Romea Strata joins the Via Francigena in the area between Fucecchio and San Miniato.

They can visit Leonardo da Vinci Museum in Vinci and his birthplace in Anchiano, the famous Medici Villa in Cerreto Guidi, which has been a UNESCO World Heritage Site since 2013, and the imposing Frederick II’s Tower in San Miniato. 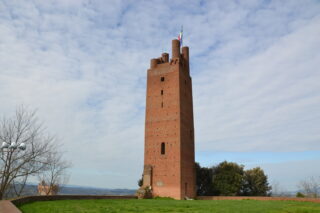 The Romea Strata is a journey through the European landscape, which makes modern pilgrims really understand the essence of our religious, historical and cultural heritage.